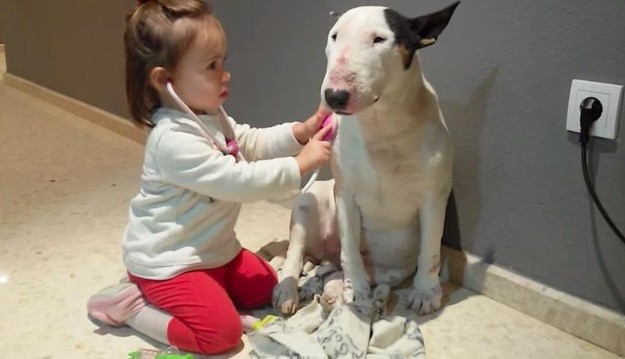 It’s the age-old question we’ve been asked and often asked ourselves: ‘with do we want to be when we grow up?’ The question then translates to ‘what do I have to learn in order to get the job I want?’

Back in the days, once you got a skill and got a job, you stuck with that job. In the 21st century, things changed and to keep up with the changes (or if you’re looking for that promotion) you keep up with the latest developments in your job, earning and learning more until you finally retire.

But now the times have changed. Instead, there’s no longer that one job / one skill mindset (unless you’re talking about something really specific with specific ‘work/skill tracks’ – such as law enforcement, military service or specified services – such as government work.  For the majority of folks, the workforce environment is changing – and fast.

The rise of this new workforce approach is not new: it’s rather odd, dating back to World War II, where housewives were hired by larger factories seeking replacements for servicemen. Major corporations enjoyed this approach: temporary workers earning wages, but with little to no protection and largely kept at work owing to a specific need of meeting governmental orders for munitions and supplies.

Once the war ended, it was business as usual, with regular jobs and workers back in place. But the memories of those years were not lost on companies who, years later are enjoying the new norm of temporary work. This rise, coupled with governmental sponsored heath insurance, made micro-jobs even more attractive to both workers seeking to become more entrepreneurial and attain flexibility, and companies seeking to reduce the miscellaneous costs of health insurance, retirement and unemployment insurance

The side effect is tremendous worker competition to secure work.  Now, with a greater work pool, employers can afford to offer far lower (read: “competitive”) wages to meet specific jobs – and with that, the virtual elimination of regular jobs is now far more focused on ‘project’ driven work – projects within a company that need to be fulfilled but are done so though the efforts of employees hired to work just for the project and then usually released.

So what does this mean for the worker to be / student seeking work down the road?

Futurists and human resource executives say that our work lives will consist of doing several long-term projects or tasks at once. “Instead of identifying your job role or description, you [will be] constantly adding skills based on what is going to make you more employable,” says Jeanne Meister, New York-based co-author of “The Future Workplace Experience”.

If you’re younger, this will likely mean the ability to pursue flexibility and interests rather than getting a more traditional role – say in accounting, marketing or finance. More and more, it’s now a matter of employers looking not for specific job titles to be fulfilled, but rather reviewing and seeing what skills and abilities individuals bring to the table to undertake projects.

The flip side is however, many HR departments are not up to the task: how does one readily codify what skills outside of the usual listed ones that employees have? Do hobbies and interests outside of the workplace count and if so, how does one capture these into something meaningful and relevant to the project demands at hand? Thus, although this approach sounds ideal for employers, the problem remains: in order to make money work has to get done, and how one contracts out for the work and insures that the right people are on hand to get it done. And sadly, as with any era of changes, the old approaches and people are not immediately up to the task. Many HR departments – and recruiters – are not entirely up to the task at hand.

At least, not yet.

In the meantime, future employees need to determine what arena they’re interested in. As one example, rather than say to yourself, “gee, I want to be a doctor when I grow up’, potential employees need to talk about a greater goal; in this example, “using empathy in a medical setting”. Sounds weird; so what’s the difference?

Now, you’re no longer limiting yourself to being ‘just a (traditional) doctor’, but rather opening up to a wider range of opportunities and potential directions. Rather than just being a ‘doctor’ you could consider other services and opportunities based on your own personal abilities and skill-sets. Are you good at writing, budgeting or able to mange people? Maybe you should go in the direction of health administration. Perhaps having worked as a babysitter and later, as a part-time daycare / caretaker while attending college, you should utilize your skills of relating to younger children into the realm of pediatrics.  (These are just basic, simple examples used for illustration).

We’ve reached a point now where’s it’s not so much just what you’re taught in school, but what you’re truly good at beyond just the textbooks and classrooms. So how do you line up with you’ve got and what you’re about with getting a job? There are a variety of ways which you, the potential employee could do, but sometimes the old-fashioned way is the best.

Take a piece of paper, relax, turn off the phone and jot down what you enjoy, what you’re good at and ask yourself: what do you want to be doing five years from now?

It’s worth noting that many skills are not readily taught and that more often than not, much of what we have and use on a regular basis we generally don’t realize we’re doing, or recognize as a valid job skill. Able to talk to people and break down barriers? Capable of writing a good phrase or word? Skilled in learning a new language readily, or discerning social trends and attitudes?  Capable of analyzing problems and coming up with meaningful and effective solutions? Add it all up and chances are you’ll find a career direction or path that you could both live with – and make a living.

To be certain, there’s a lot of uncertainty (!).

For instance, the more successful workplaces are going to be those who work to retain the skilled employees with both the abilities and the institutional knowledge (albeit that process will, over time, become more selective). The question is: how does one do these selections to meet both long-term and short-term needs?

It also remains to be seen what impact the elimination or drastic change of the ACA will do to the rising rend of micro jobs. With micro-jobs, there is a growing tendency for employees to push for more C to C (Corporate to corporate) or 1099’s (i.e., contract employees) as opposed to stand W-2 employees (with full benefits); having health care coverage is something that employees will seek as a matter of survival and depending on where you reside, can make a difference in career choices and locations, creating even greater job market disruption and social instability with folks moving about the country, if not the world.

Are universities up to the task? Are colleges going to move with the times and change-up the traditional assumptions of education? And what should those changes be? It’s worth noting that more and more, the trend is moving toward a greater emphasis on humanities, coupled with technical training: how much should this balance be? Or are we simply looking at this all wrong? Do colleges still play a vital role as they once did?  Clearly, some humanities skills are going to grow in value – such as writing and the ability to ‘cross-connect’ and understand different cultural norms, vis-a-vis ‘Cultural Morphology 101’; perhaps the curriculum of the 21st century should reflect this growing reality.

Critics point out several key points worth noting. For one, the uncertainty factor rises: if you’re working on a project by project basis, then it gets all the more difficult to remain rooted within one location, something which will have a direct impact on your household and family, not to mention the social net as families become more dispersed and communities become more fragmented. Witness, for example, the growing trend of workers moving out of the country into countries with lower costs while offering basic medical services: http://nypost.com/2016/11/28/its-easier-to-live-the-american-dream-in-bucharest/

Another issue is that of continuity: some companies will feel even less empathy toward their employees and with that, greater employee turnover will take place, creating greater workforce alienation and the likelihood of company failures as institutional memory is lost and internal problems compounded by outside / foreign competition.

Although the notion of micro-jobs sounds great for companies and can appeal to some employees attracted to entrepreneurship, clearly it’s not going to be for everyone and there are a lot of ‘kinks’ to work out in the coming decade(s).

One thing is for sure: your job is no longer yours, but maybe, just maybe your future is there – somewhere – for the taking.

(For more on this, check out “The Future Workplace Experience: 10 Rules for Mastering Disruption in Recruiting and Engaging Employees” by Jeanne Messier and Kevin J. Mulcahy). 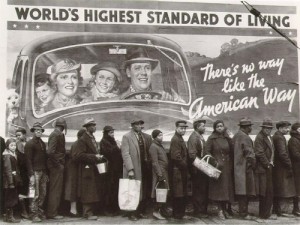 A rather short but very revealing article recently appeared at Slate, “The Myth of Technological Unemployment” which pretty much lays to rest once and for all this notion that machines are the cause of people not working.

The argument goes as follows: as we load up on more and more computers, fewer and fewer people are needed to do the work as much of the work can be automated or managed by machines.

Not so, according to this study:

Machines are replacing workers, in other words, but they’ve been doing so since the cotton gin and the spinning jenny. Over the long run this leads to higher incomes and more leisure. But across short spans of time, the ups and downs in the level of employment and the number of hours available to people who want to earn more money is driven by the ups and downs of the business cycle.

So how is this derived? The numbers don’t lie:

So in effect, the more demand for good and services, the moe jobs, which makes sense. Can’t have jobs unless there’s a demand for work. No demand, no work. ‘But gee’ you say; ‘don’t; computers and machines make the difference? If there are more machines and computers then wouldn’t that meant that there are fewer jobs owing to them being eliminated?’

In 2012, a lot of firms employed a lot of new labor-saving technology in order to increase profits. That’s true. But the same happened in 1992 and 1972 and 1952 and, for that matter, 1852. But whenever you have a prolonged labor market downturn, the salience of this fact increases and you start hearing more and more talk about how there isn’t as much need for workers anymore because of mechanization. In the contemporary context, people often use the word robots in this context because mechanization is obviously a trend that’s been going on for more than 200 years so robots makes it sound more plausible that something new has happened recently.

So all this talk about jobs not being there are not about a lack of computer skills on the part of the unemployed, or that there more and more computers doing the work of people: it’s just that economically speaking, things just plain suck.

Click here to read the original article and to view the chart and analysis: (http://www.slate.com/blogs/moneybox/2013/01/15/the_myth_of_technological_unemployment.html)